Take Up Space Blog: May Events

Take Up Space: Women Offstage
The aim of this workshop was to explore the perhaps lesser-known backstage roles of a producing theatre and to equip the women in attendance with knowledge, skills and confidence in the hope of achieving more gender equality in these departments. 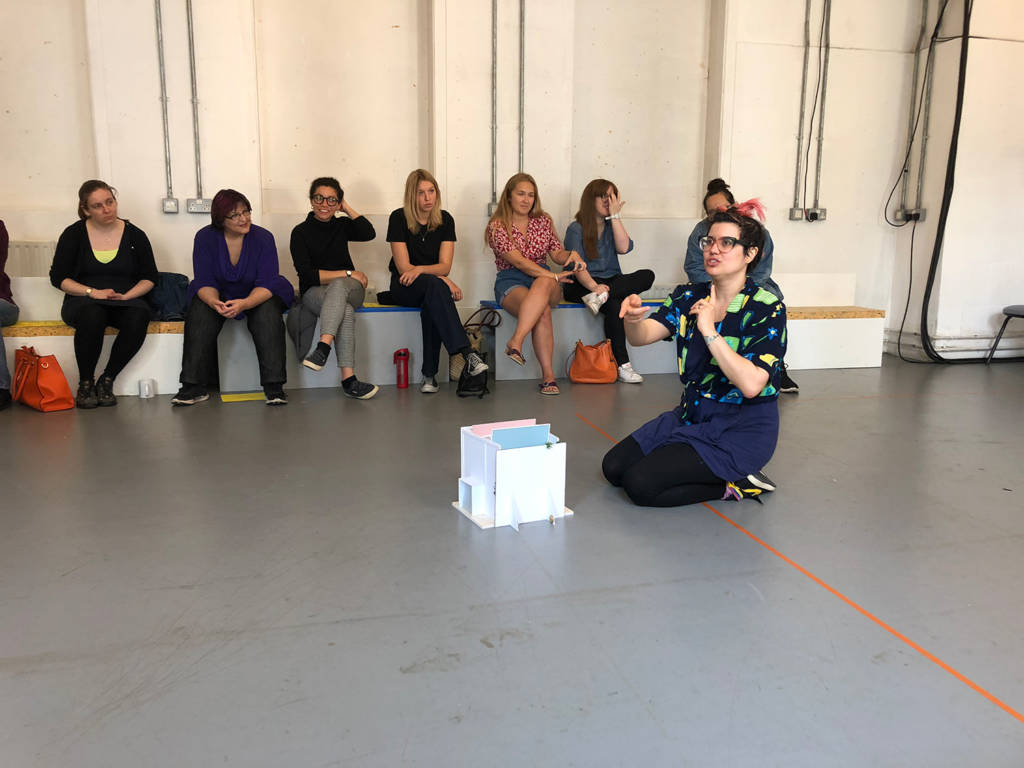 There are approximately 80 backstage roles currently employed at the Royal Court Theatre across our Artistic, Producing, Young Court, Development, Finance, Casting, Communication & Sales, Production, Front of House and Literary departments. This will often also include freelance roles that are more show-specific, such as Illusionist, Video Designer and Composer. We are very proud to say that over 60% of our staff are female.

We began the session by giving everyone the opportunity to introduce themselves and explain why they came to the workshop in an effort to meet their expectations. A popular response to this question was the hope to explore more career options in theatre and get a glimpse of how these various roles collaborate in creating productions. 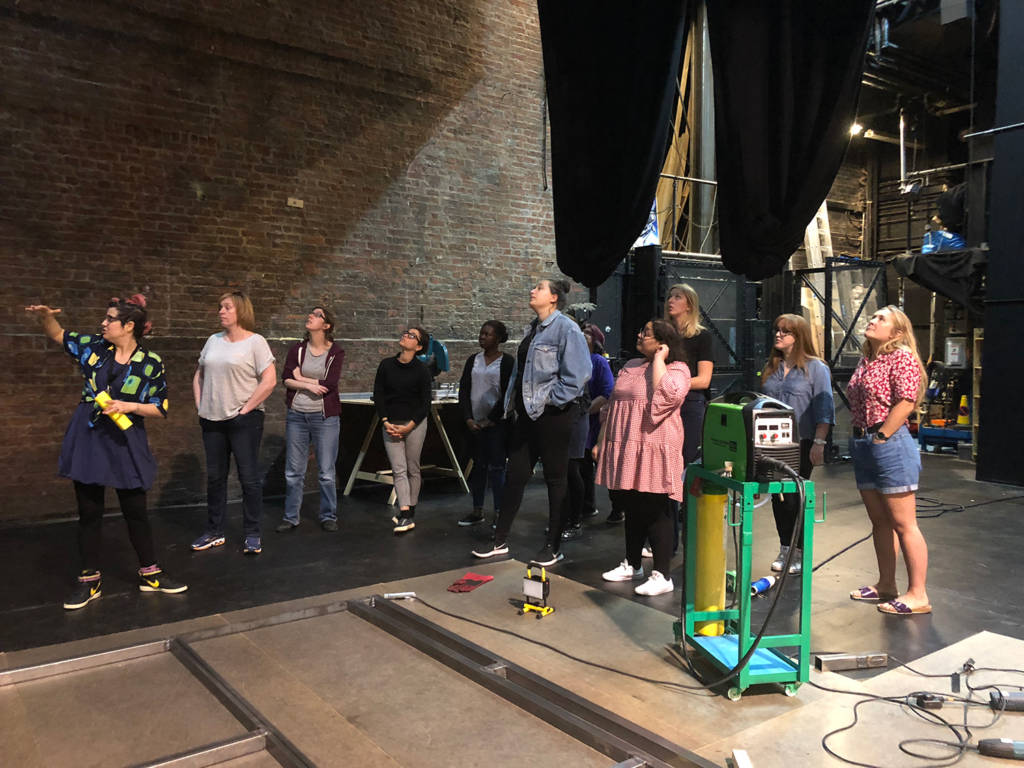 We then led our group on what we think was the most anticipated part of the workshop: the backstage tour! A favourite fun fact we shared with the group was about our production of Goats, which ran November – December 2017: the six live goats in the show used our sub-stage area for the duration of each performance as a sort of ‘dressing room’ so just before their cues, the audience may have heard a little gallop as they made their way to the stage for their shining moment!

After the tour, Emily Legg (Deputy Head of Sound) joined us and everyone had the chance to share their experiences of working offstage in theatre. The group were keen to ask questions about the process we had taken so far in the industry and we did our best to give advice about the opportunities we were aware of that are inclusive to women of all ages.

It was a really empowering session and we’d like to say a huge thank you to all the women who attended this workshop.

Our next event, Empowerment and Taking Up Space, takes place on Saturday 23 June, 2-4pm, and is facilitated by members of the Young Court department. This workshop is aimed at anyone who identifies as female, aged 14-18.

Take Up Space: Script Club (Liberian Girl)
The Take Up Space script club is a recurring monthly event in the Take Up Space series. The idea was to take the model of a book club and focus on plays written by writers who identify as female, opening a discussion about these texts and how they might be conceived in production.

In our first session we explored Liberian Girl by Diana Nneka Atuona, a play about a young girl trying to survive and escape the civil war in Liberia. The group first spoke of their emotional reactions to the brutal language and visceral scenes of violence which occurred throughout, and how we might relate to these characters, especially the women.

The female experience was woven into many of the discussions. We explored the abuse of women’s bodies and toxic masculinity, through character analysis and staging. For example, we deconstructed the protagonist, Martha; at the start of the play, it is implied that Martha’s objectives are to stay in education and reject the expectations on women in her community. During the play she has to pretend to be a boy in order to protect herself. When she has to revert to being a woman again, it is hard for her to adjust.

Finally we ended the session with an interesting discussion about how we might reimagine the production, including how we would handle the extreme violence on stage. Looking at production shots from the original performance really gave us a sense of the impact this play had and could have in future.

Our next Take Up Space: Script Club session will be on Wednesday 27 June, 6.60-8.30pm, where we will be discussing Portia Coughlan by Marina Carr.