In Conversation with Aleshea Harris 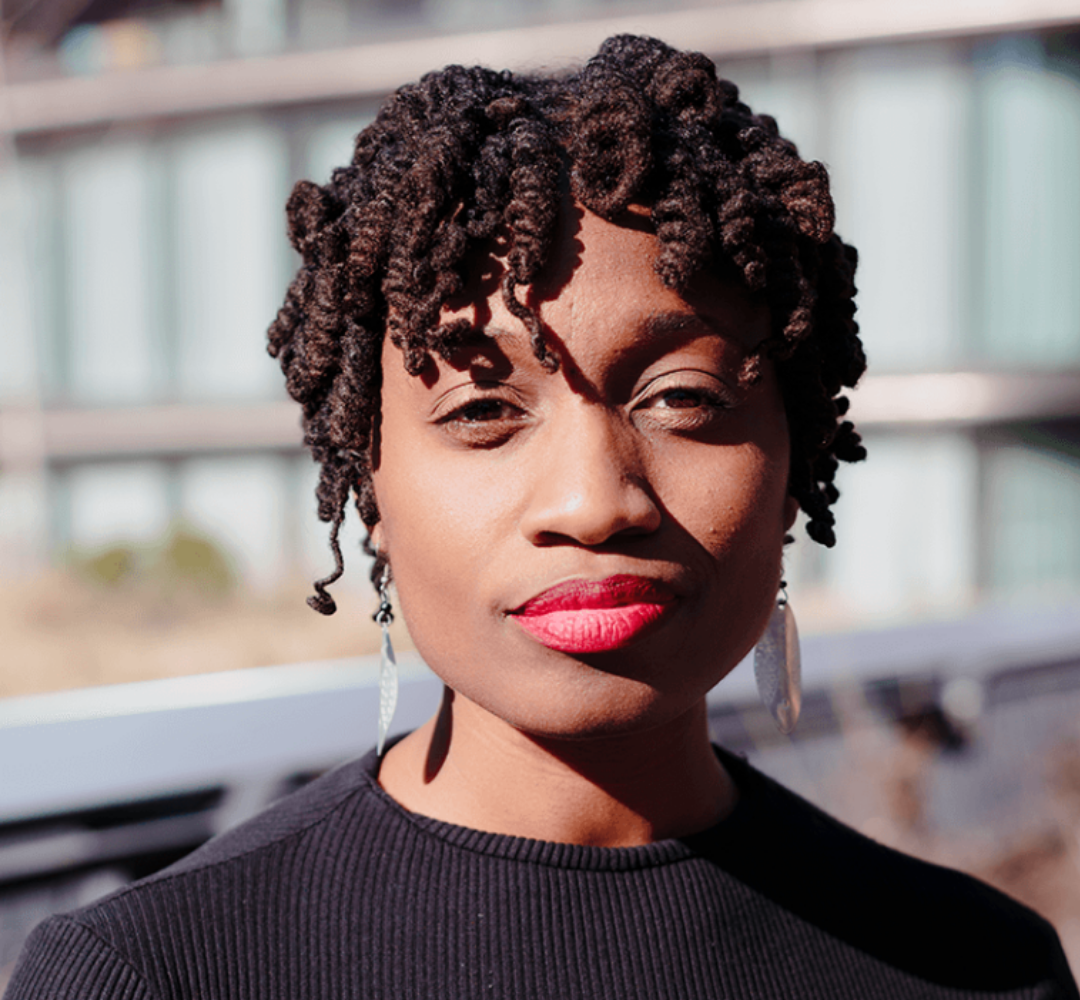 Aleshea Harris is a playwright, screenwriter, and performer. Her play Is God Is makes its UK debut at the Royal Court in September 2020, and has won the 2016 Relentless Award, an OBIE Award for playwriting in 2017, the Helen Merrill Playwriting Award in 2019 and was a finalist for the Susan Smith Blackburn Prize.

Aleshea was awarded a Windham-Campbell Literary Prize and the Mimi Steinberg Playwriting Award in 2020 and the Hermitage Greenfield Prize in 2021. She has performed her own work at the Edinburgh Fringe Festival, Orlando Fringe Festival, REDCAT, as part of La Fête du Livre at La Comèdie de Saint-Étienne and at the Skirball Center in Los Angeles. Harris is a two-time MacDowell Fellow and has enjoyed residencies at Hedgebrook and Djerassi.

What inspired you to write Is God Is?

I wanted to write an epic that felt both old and new. I can recall asking myself what a play that took its cues from ancient Greek tragedy might feel like occupied by characters who felt familiar to my cultural context. That was a rich source of inspiration. I also had a strong desire to talk back to cultural pressure for Black women to behave themselves in particular ways. I’m troubled by notions that we gain respect because of our ability to endure the many insidious manifestations of misogynoir. I wanted to write Black women who fought for themselves and each other and I wanted it to be loads of fun. Is God Is is me going scorched earth on respectability politics. They cannot save us. They will not save us. I was also excited to create a story which subverts cultural thirst for Black narrative that centres anti-Blackness as its main concern.

Is God Is collides different concepts and genres, such as the ancient, the Spaghetti Western, hip-hop and Afropunk. What was the catalyst for bringing these worlds and styles together?

There was no conscious decision to bring these particular styles together. When I write, I try very much to remind myself that nothing is off limits. What often emerges is an irreverent mash up of interests. Ancient Greek tragedy, with its sweeping generational drama and body counts felt compelling, especially as I knew I would people the landscape with Black folks. Spaghetti Westerns probably crept in because I live in California and love the desert. Having it as a backdrop (geographically and psychically) felt rich. There’s great attention given to the rhythms of Black speech in this play, just as in hip-hop. And both hip-hop and Afropunk (which spring from Black ingenuity in spite of difficult circumstances) represent an emancipatory vision of Blackness as unbound by antiquated, racist ideas. Each of these sources allowed me to be liberated in the creation of this world and its characters.

Where and how did you develop the play? Did the play change much from the first draft?

I had one reading for which I gathered people I liked and trusted. And at some point, I sent a draft to three critical friends who gave me feedback. It was a blessedly private, quiet, self-led developmental process. A lot has changed since the first draft. In the beginning, I was trying to write an operetta. It didn’t take long for the play to tell me it had other plans.

The world of the play journeys across the Dirty South, LA, The Valley, and California, including the Californian city of Castaic. Do these places hold personal or creative meaning for you?

“Dirty South” refers to a genre of hip hop music borne in the American south. Some folks may be familiar with the words, “Dirty South” at the beginning of Aaliyah’s “Are You That Somebody.” Though “Dirty” carries a certain connotation, here the term is used as an expression of pride in the south, its creativity and its people. The South is very dear to me as the place where I learned so much about how to be a human and artist. Castaic holds great meaning as a slow, plodding hamlet with golden hills, a lake and hiking trails I’ve spent hours traversing while dreaming up narratives. It holds meaning as the first place I lived in California. I don’t think folks in L.A. consider it a terribly remarkable place, which is some of its charm. It’s basically a truck stop, yes, but I’ve always felt it was unassuming, like it had dark secrets.

This production of Is God Is at the Royal Court will be the play’s UK premiere –  do you think it will resonate differently among a British audience?

Yes, but impossible to guess how.

What’s it been like to work with different collaborators over the various productions of Is God Is, and see the play interpreted and told in new ways?

This will be the second production I’ve been involved with and I’m finding it’s a different project to work on the play with people who are of a different cultural context. There’s more work this go-around in understanding the nuances of Black American expression, particularly. Having seen it up in NY, I’m coming to it now with greater knowledge of how and why the play works and what it needs.

You’ve said previously that you try to use narrative to disrupt and to call out problematic status quos – could you elaborate on that for those who are new to your work?

Anti-Blackness – racism experienced specifically by Black people. Can be perpetuated by anyone.

Narrow perceptions of how Blackness can/should exist in narrative – people seem to think that plays about Black people are only viable if they’re dealing primarily anti-Blackness. This is nonsense and ironically racist. It reflects poverty of imagination where Black people are concerned. Any story we want to tell (including those relating to our oppression) is worthy of examination and engagement.

Respectability politics – (especially as they relate to Black women and girls) the idea that if we behave ourselves according to the dictates of polite (read: white) society, we will be okay. This is nonsense. Dr MLK was very well-spoken and attired when he was murdered.

Both IS GOD IS and my other play-pageant-ritual, WHAT TO SEND UP WHEN IT GOES DOWN, stare down these ideas and disrupt them through what I hope are unexpected narratives that highlight what is profane about the above. In writing, I try to allow myself the full measure of my humanity by allowing my characters the same.

The play has drawn comparisons to Tarantino’s films, do you look to any cinematic or other cultural influences in your writing?

O yes, the deeply problematic Tarantino is often cited as a primary reference for this play. Much closer to my heart and practice are Toni Morrison, Octavia Butler, Ntozake Shange, Bong Joon-ho, Maria Irene Fornes, Ionesco and Heiner Müller.

Who are some of your favourite contemporary playwrights and works?

What are you most looking forward to about bringing Is God Is to the Royal Court Theatre?

Building community with other theatre artists.

Book now for Is God Is

Watch the Is God Is trailer

21 year old twins Racine and Anaia are on a mission to avenge the past.