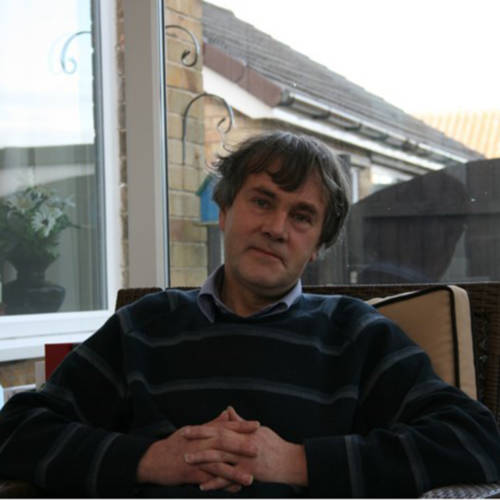 I first met Robert Holman when we shared script meetings here at the Royal Court in 2000, when I was Resident Dramatist and he had been invited in to the building to join in the discussions advising the then artistic director Ian Rickson. I met him before I read him and I’m glad I did because I don’t think I would have been so relaxed around him if I’d read his work first. It was Ian Rickson, in fact, who suggested I have a look at Robert’s plays while I was writing Herons and Port. They astonished me. I had never come across a play with a triptych as its form like 1988’s beautiful Making Noise Quietly. I had never read a play that combined scorching psychological incision with extraordinary heightened reality like his 1990 play Rafts and Dreams. The play with the best opening scene I’ve read. The play with the best monologue I’ve read. I’ve never come across anything as obliteratingly cruel and fragile as the destroying of an egg in Across Oka. As I got to know Robert more, through working with him on a collaborative play, 2010’s A Thousand Stars Explode in the Sky, written with our friend, the mighty David Eldridge, I came maybe to revere him less – thinking of him more as a colleague and collaborator than a hero. But my admiration has never dimmed.

Born in 1952 in Guisborough in the North East of Yorkshire, a village he took myself and David to while we were planning A Thousand Stars, he wrote his first plays for local theatres at the age of 20. He moved down to London in 1973. His first play at the Royal Court, Mud was produced in 1974 and the four decades since then have seen him write, in my opinion, several of this country’s best plays since the Second World War. His most recent play in 2015, A Breakfast of Eels, was a devastating, fragile study of grief and love between two half brothers – a play, in my opinion, as rangey and rich as any he has written in the past. His compassion is matched only by his sense of formal boldness; his linguistic precision matched by his sense of stage imagery and honesty. It’s a great pleasure to talk to him today.