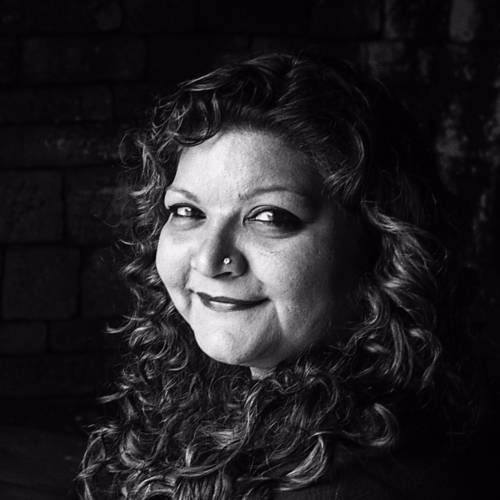 The plays of Tanika Gupta are as defined by a vitality and spirit of intelligent transgression as much as they are a piercing observation of the mores and tropes of the worlds that surround her. Born in 1963 in Chiswick, she studied History at Oxford University before working in a women’s shelter in Manchester and as a community worker in Islington. Throughout her childhood, her university and working life she continued to write. It was in 1996, when her play Skeleton was commissioned by the Soho Theatre Company, that she was able to commit to turning writing into her career. The following twenty years has seen a prolific explosion of work.

She has written or adapted over twenty plays and seen those plays staged in all of the major theatres in the United Kingdom: the National Theatre, The Royal Shakespeare Company, the Young Vic, Hampstead Theatre, Birmingham Rep and Sheffield Crucible amongst others. Her East End-based Bollywood musical play Wah Wah Girls played at Sadler’s Wells. This year she worked with new Globe Artistic Director Emma Rice as dramaturg on A Midsummer Night’s Dream. She has written consistently for television and taught playwriting throughout the world.

Her 2006 play Sugar Mummies opened here at the Royal Court; a provocative and searching exploration of female sex tourism in the Caribbean. It is a play defined, I would argue, by three characteristics that return to her work. By examining the sub-culture of wealthy white women who tour developing economies in search of sex in exchange for financial favour, it subverted conventional narrative, put female characters in the centre of the stage and interrogated the extent to which identity is defined by or in defiance of race and ethnicity. She is a writer with a wily eye for bullshit and wily ear for dialogue who has dramatised England for a generation.