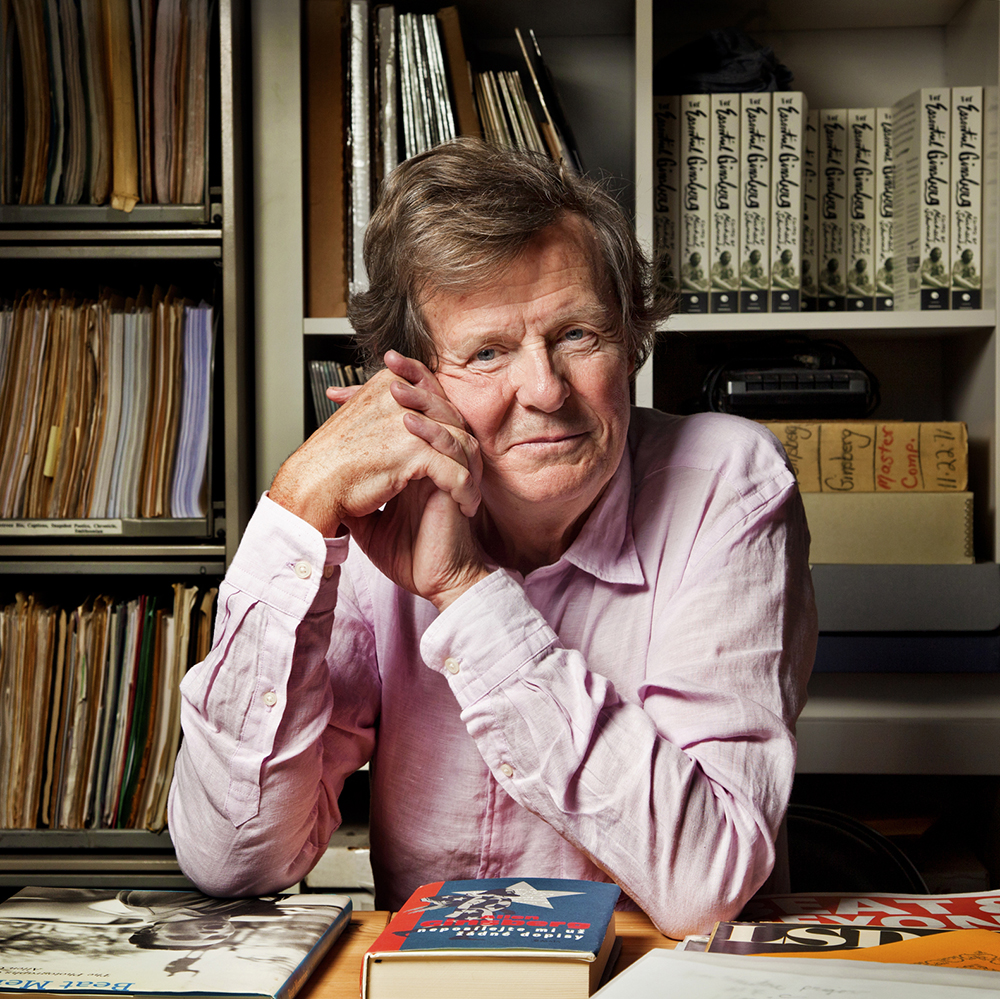 “The plays of David Hare have dramatised and counterpointed the political and moral landscape of Britain and its position in our world for nearly fifty years. As a young Cambridge graduate towards the end of the sixties he practically stumbled into playwriting while director of the touring theatre company, Portable, when a commissioned writer failed to deliver a script and so, with four days to go until the start of rehearsals, Hare himself wrote his first play How Brophy Made Good, as he calls it: “a one act satire on the absurdity of left wing self-regard”. He may be slightly scathing about his debut now, but it led to his first commissioned play Slag and from then onto a career that has seen more than twenty five plays produced all over the world. He has won Olivier and Tony Awards alike, been nominated for three Oscars for his screenplays, is a celebrated journalist, essayist and political commentator. His memoir The Blue Touch Paper was published last year. His versions of plays by Brecht, Lorca, Ibsen, Schnitzler and Chekhov amongst others have been widely lauded. This year alone has seen a celebrated production of his version of Ibsen’s Master Builder at the Old Vic Theatre, his trilogy of early Chekhov plays originally produced at Chichester is about to be revived at the National Theatre where his newest play The Red Barn, an adaption of Georges Simenon’s novel La Main, will be directed by Rob Icke later in the year.

He was one of the earliest Literary managers of the Royal Court towards the start of the seventies and his relationship with this theatre has juxtaposed, at times happily, at times with a certain attrition, with his fundamental role in the establishment of Joint Stock Theatre Company and central role in the opening of the National Theatre building at the South bank and his glittering, and ultimately knighted, career in commercial theatre. A handful of plays at the start of the 70s including Slag and also Knuckle and Brassneck culminated in Teeth ‘n’ Smiles, a play which saw Helen Mirren fronting a proto-type punk rock band. But this was to be his last play at the Court for some twenty years until Stephen Daldry invited him to make his stage debut as an actor in his monologue Via Dolarosa. Since then the theatre has seen him return to the stage with 2000’s My Zinc Bed and The Vertical Hour.

Of all the writers I have spoken to he seems to most clearly personify the writer as playwright. His plays read beautifully and unveil themselves in their language as fully as in their form or their images. He is a playwright, I would suggest, fascinated by the force of the things people say to one another. He imagines and captures their utterances beautifully and in so doing has explored those curious states of Englishness, Britishness, Europeanness and just what it bloody well is to be human with extraordinary grace and anger for five decades.”