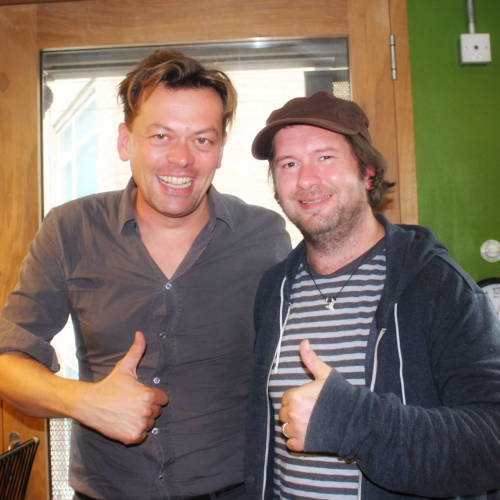 I was the Writers Tutor here at the Royal Court Theatre in 2001 when Leo Butler, fresh from a beautiful elegiac theatre debut in the 2000 Young Writers Festival with his play Made of Stone, was given a three month residency and shared his office with me. We drank a lot of tea together and ate a fair few biscuits and talked at length about the plays we had read and hoped to write. And one Friday he told me he was going to spend the weekend in the office. He was going to stay there from Friday night and work all weekend and try and write a new play. I thought he was bonkers and wished him luck and went home. When I turned up on Monday morning the office was a thick fog of cigarette smoke. Leo was grinning through it as he handed me his new play. It was a play called Redundant. I read it that morning and it changed my writing life.

Having been told as an under graduate at the end of the eighties that male writers couldn’t really write women roles I’d assumed that to be the case and so considered it best not to try. But here was a writer in his early twenties, who with Redundant created a character in 17 year old Lucy that was complicated and heart-broken, full of contradictions and driven by desire and apathy alike. It was an arresting play. It led me directly to change the gender of the protagonist of the play I had been stuck on for a few months and then went on to be called Port and then to create characters like Harper Regan and the old lady at the end of Pornography. Redundant won the George Devine Award in 2001 and was produced here in the Theatre Downstairs barely five months later.

The years that followed Redundant have seen Butler carve a particular and fundamental place in British playwriting. He took on the role of Writers Tutor in the Young Writers Programme when I left the post and for seven years became a fundamental mentor and teacher to the most exciting crop of first time playwrights to emerge for a generation. Nick Payne, Polly Stenham, Alice Birch and Anya Reiss are among the playwrights who have sung his praises in these conversations.

And the plays he has produced in that time have been startling in their range and arresting in their force. He followed Redundant at the Court with 2004’s brilliant and upsetting Lucky Dog, a savage excavation of a marriage in psychosis. And in 2008 with Face In The Crowd, a tender and yearning play about the damage of debt and the breaks of love. He has written the epic historical expressionistic I’ll Be The Devil for the RSC and collaborated with choreographers and songwriters alike. His 2016 play Boy at the Almeida was a fragile and astonishing thing. In collaboration with the director Sacha Wares he created a world of isolation in contemporary London following a boy’s journey around an entire city as he stares into its damaged soul. It was my favourite play last year and a glorious example of Butler at his best.

For me Butler is a poet of the human damage of poverty. His language is terse and fractured. He reminds me as much of Emily Dickinson as he does of many playwrights. He is, I think, as close as English theatre has come to the master of Bavarian naturalism Franz Xavier Kroetz. Leo Butler, welcome to the Royal Court