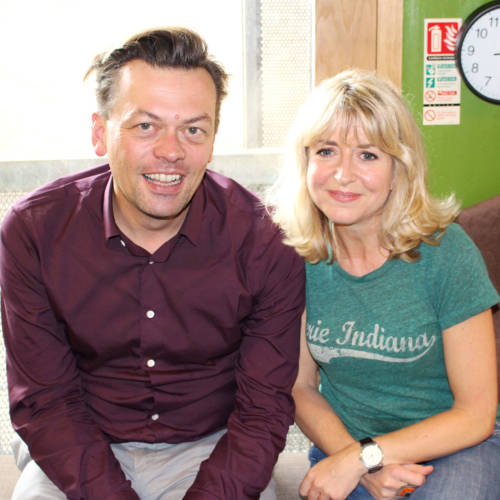 Few playwrights can claim to have defined a theatrical form or process with quite the same conviction as Alecky Blythe. While she has never claimed to have invented the synthesis of verbatim theatre and the recorded delivery of text, in which actors receive lines through an earpiece and perform immediately in reception of the line, a synthesis that has been present throughout her work, she certainly established its definition.

She started her theatrical career as an aspiring actor. She studied at the vibrant Theatre Studies course at Warwick University before doing a post graduate degree in acting at Rose Bruford. It was while working as a receptionist at the Actors Centre in 2002 that she attended a course on paperless drama led by the centre’s Artistic Director Mark Wing Davey. It was evidently something of a revelation.

She took her microphone and recorder out into the streets of Hackney in 2003 and recorded the testimonies of the witnesses of that years Hackney Siege and edited and formed those testimonies into her breakthrough piece Come Out Eli. The play premiered at the Arcola Theatre that year and won the Time Out Award for Best Fringe Production before transferring to the Battersea Arts Centre.

Provocative, urban and formally radical the play excited the attention of the broader theatre community and commissions for the Bush Theatre, the National Theatre and the Royal Court followed.

The plays that followed Come Out Eli took Blythe into an array of worlds with a shared energy of enquiry. Whether looking into the Wimbledon Tennis Championship crowd for All The Right People Come Here in 2005, the ageing folk of the dating Market in Cruising for the Bush Theatre in 2006 or the lives of displaced Georgian survivors of the 2008 August War in Do We Look Like Refugees, her work is defined by what she describes as a “nose for a story” and strikes me as a nuanced tension between a capacity to listen completely and the sense to ask a question of real penetration.

Her debut for the Royal Court 2008’s Girlfriend Experience looked at the lives of English sex workers in an industry increasingly dominated by globalised labour. It was a touching and funny study of sex and the market place and like many of her plays felt carved out of a quintessence of England.

A Londoner of real confidence, the 2011 riots in the capital led to both a documentary film and 2014’s Little Revolutions at the Almeida. The tension that seems to run in Blythe’s work – a fascination with the intricacies and anomalies of human behaviour and an interrogation of the notion of community crystallised in her most celebrated piece, 2011’s London Road at the National Theatre.

Working with composer Adam Cork she found a musicality and nuance to the way in which an English community is decimated by the serial killings of sex workers in Ipswich at the end of the last decade. It is a piece that is widely regarded as having reinvented musical theatre at the National and, for me, is one of the most successful articulations of the poetry of documentary theatre.

She is fearless at locating herself in her documentaries, something that British verbatim artists before her avoided. A gesture of acknowledgement that culminated in her playing herself in Little Revolutions and in that acknowledgement of the presence of the author Blythe asks as many questions of the authenticity of documentary theatre as she has celebrated and extended the form.