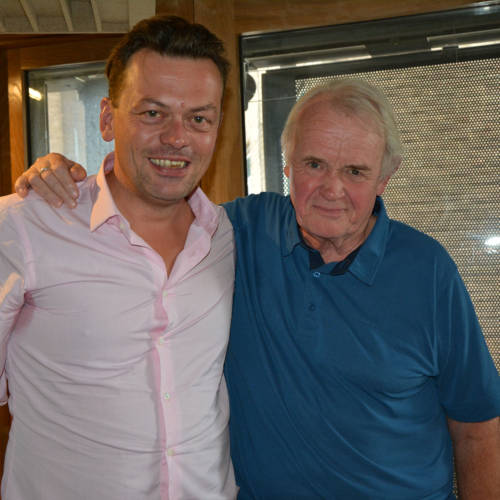 I first encountered the plays of Howard Brenton right at the beginning of my life as a playwright. Before I’d properly written anything of my own I saw a student production of his 1984 play Bloody Poetry. A dramatic and haunting consideration of the relationship between Percy and Mary Shelley and Lord Byron and Claire Clairmont, it was a play unlike any I’d seen at that time. It took a story that was familiar and infused it with a startling sense of linguistic urgency and political interrogation. It was a revelation to me as an eighteen year old that playwriting could synthesise such elements with such force.

Bloody Poetry is according to Wikipedia one of the fifty plays that Howard Brenton has written since his debut Ladder of Fools, completed while still an undergraduate at Cambridge in 1965. For half a century he has returned to the theatre with inspiring energy and imagination. At the end of the 60s he was part of the touring company Portable that brought new plays to areas of the country that had little engagement with them before. In Brassneck and Pravda he wrote, with David Hare, two of the great collaborative plays of the last few decades. Collaboration with other writers is something he has returned to. He was also an early collaborator with Max Stafford-Clark when his Joint Stock Company produced Epsom Downs in 1977.

Brenton was fundamental to the foundations of the National Theatre – Hare directed his Weapons of Happiness as the first commissioned play in the Lyttleton. In 1980, his Romans In Britain earned the ire of moral campaigner Mary Whitehouse and the play’s director was nearly taken to trial under the obscenity laws.  Brenton has returned repeatedly to this theatre over the course of the last fifty years. He has written new English language translations of masterpieces by Buchner and Brecht; Goethe and Strindberge. His plays have often dramatized lives that are known. While Bloody Poetry looked at Shelley his early Christie in Love remains a startling study of the killer John Christie.

In recent years, for the National Theatre, he has considered the lives of the apostle Paul and Harold Macmillan in Paul and Never So Good respectively. Brenton’s latest play The Blinding Light has just opened at the Jermyn Street Theatre and explores the desires and creative madness of August Strindberg.

He is a writer of linguistic steel and intellectual interrogation and a constant and searching voice in the territory of political drama. He was also one of the originating writers on television crime drama Spooks.