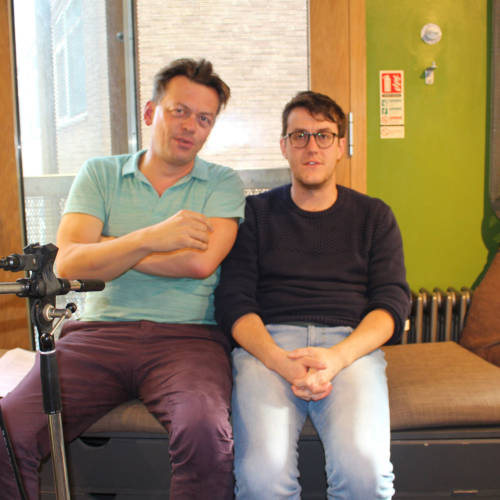 The playwright Nick Payne started his professional career in London theatre in one of the most vital and fertile hotbeds of theatrical creativity in the city. Working at the National Theatre bookshop. He started writing at York University but it was after moving to the city and working at the bookshop that he wrote his first plays. Flourless and Lay Down Your Cross enjoyed readings at Soho theatre and the Royal Court respectively and SWITZERLAND was produced at the 2008 Hightide Festival.

It was 2009 that saw the production at the Bush theatre of the beautiful and beautifully titled If There Is I Haven’t Found It Yet. I saw the play in its opening production and, directed by Josie Rourke, it broke my heart. It is a play of real intelligence and real humanity as two brothers struggle to make sense of their differences and make sense of their lives under the shadow of an encroaching ecological catastrophe. How do you live a life with grace when the world is edging closer to its end? It asked its questions with rigour and compassion. It is a beautiful play and was revived by Michael Longhurst in New York City a couple of years later starring Jake Gyllenhaal.

Payne followed If There Is with his debut production for the Royal Court Wanderlust directed by Simon Godwin the following year. He adapted Maurice Maeterlink’s Interior for the Gate, wrote one of the 66 Books in response to the King James Bible for the Bush and had his One Day When We Were Young staged at the Paines Plough Roundabout in its opening season in 2010.

But it was 2012’s Constellations, again directed by Michael Longhurst, and starring Sally Hawkins and Rafe Spall that really brought Payne to international attention. It charts the simple and moving story of two characters as they meet and fall in love, become a couple and deal with her terminal illness. But the play’s genius lies in its continual re-invention as, investigating the ideas of a theoretical multiverse, it stops and re-starts, positing re-imagined possibility after possibility. It is a play that is as funny as it is intelligent, as formally bold as it is emotionally truthful. It was produced in the West End and enjoyed a soaring revival on Broadway again with Gyllenhaal and Ruth Wilson.

Payne has performed his own work, the startling monologue The Art of Dying at the Royal Court in 2014 a brave consideration of the nature of our mortality. His plays Elegy and The Same Deep Water as Me saw him reunited with Josie Rourke, this time at the Donmar Warehouse. Incognito, a formally playful and inventive exploration of the relationship between the human brain and human behaviour, was staged at the Hightide Festival and then at the Bush Theatre and, along with the entire oeuvre of Ali MacDowall, marks yet another play that my eldest son Oscar prefers by some distance to anything I’ve ever written.

Payne has written for television, film and radio. He is a writer of rare compassion and boldness and it is a real pleasure to welcome him here to the Royal Court.