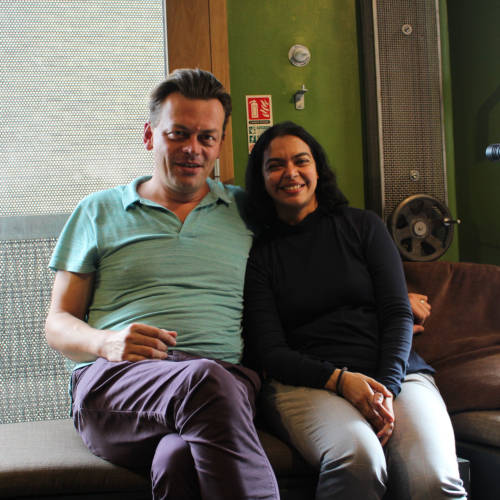 Anupama Chadrasekhar was born and raised in Chennai in India’s East Coat, in the heart of the Bay of Bengal. She started writing for theatre in the second half of the last decade when her early plays Closer Apart was produced in her hometown and her next, the self-directed Acid, was produced in Mumbai.

She first came to British attention through her debut play Free Outgoing. Directed in 2007 upstairs at the Royal Court by Indhu Rubasingham it charted the psychological and emotional fallout for a single mother living in an Indian home when her daughter is found to have had a sex tape sent with viral consequences as a text message into the internet. One text message, as the theatre had it at the time, led to one girl being hated by a nation. The play charted with wit and grace and honesty the fallout of her family’s attempts to deal with that.

It was a huge success and transferred to the Theatre Downstairs as part of the Upstairs Downstairs season and was produced in the 2008 Edinburgh Fringe Festival at the Traverse.

Her next play for the Court Disconnected was defined by a similar sense of wit and honesty but was perhaps wider in range. Set in a call centre in Chennai the play dramatised the efforts of the centre workers to field the debts and inquiries, despairs and idiocies of the largely American callers to a US credit card company. It found a humanity in the geographical disconnection of our globalised call centre culture.

She has been produced and translated in several different languages and staged throughout Europe and India, been shortlisted for theatre awards including the Charles Wintour Prize in 2008, the Susan Smith Blackburn Award and the John Whiting Award. Her play The Snow Queen, an Indian Adaptation of the Hans Christian Anderson story, was produced at the Unicorn and remounted by Trestle Theatre Company to tour India and the UK.

And this year Anupama is the National Theatre’s first ever International-Playwright-In-Residence. A writer of caustic wit and wry compassion, building plays that often attempt to deal with the consequences of others’ actions, she is a writer who has constantly found humanity in a world cleaved by technology.