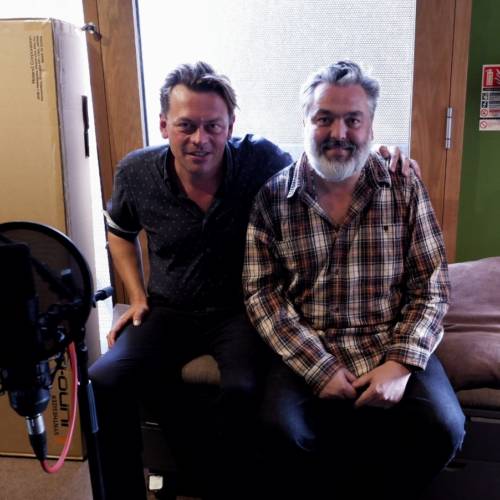 “One of the most important figures in the recent history of the Royal Court is the playwright Steven Jeffreys who for fifteen years worked as the Literary Associate here throughout the nineties and the start of this century. He was the mentor to a generation of playwrights including myself and the champion and agitator to his Artistic Directors Steven Daldry and Ian Rickson. He was also one of the most searing readers of new plays I have met.

He tells the story of one script meeting here at the theatre. Steven Daldry was struggling to find plays to programme. While there was an increasing sense that a generation of writers like Sarah Kane, Joe Penhall and Rebecca Prichard were energising the form Daldry needed a play for the Theatre Downstairs. Steven Jeffreys walked into the weekly script meetings one Friday morning with a script in his hand. He declared that he had found it. The play that would run in the theatre downstairs for the summer. A guaranteed hit. The first time a debut play would play in the Theatre Downstairs for a generation.

The play, Mojo, was written by a young writer called Jez Butterworth and Steven Jeffreys’ brilliance as a reader was proven. Mojo, a play set in a fifties Soho of violence and sex and rock and roll was a massive success. At a time when many theatres were closing for the summer the Royal Court had a hit on their hand and directed by Ian Rickson, the Court had in Butterworth an arresting and brilliant new voice. The qualities that astonished and sparkled in Mojo, a linguistic verve and audacity of observation that crackled in tension with a dramaturgical assurance have defined Butterworth’s plays.

After a seven year break from playwriting in which he established himself as a screenwriter of note in the US and the UK alike he returned to the Royal Court in 2002 with the brilliant Night Heron. 2005’s the Winterling also debuted at the Court. In 2008 his haunting Parlour Song opened at the Atlantic Theatre in New York and in 2009 it was given its European premiere at the Almeida. All of the plays were directed by Ian Rickson.

But it was the play he opened at the Court that summer that arrived like a thunderbolt into the heart of English playwriting. Jerusalem, was a vibrant dramatisation of the defiant last stand against rural petty officialdom of alcoholic, drug addled, poet, charmer, mystic and myth maker Johnny “Rooster” Byron. It starred Mark Rylance in a multi award winning performance that articulated the verve and honesty, brutality, wit and sadness of Butterworth’s play with humanity and directness. It played for a year in the West End and was a soaring success on Broadway.

I loved the unnerving arrest of his next play The River in 2012 and was left reeling by 2017’s The Ferryman. A play that was ostensibly an interrogation of the Northern Irish troubles of the early eighties, was to me more a play about commitment. Commitment not only to an ideological organisation, but to a marriage or a family and the political and psycho-spiritual obstructions that dog that commitment at all turns. For all its epic scope and hinterland of magic The Ferryman was, for me, an astonishing play of breadth and ferocity about a man trying to be good.

Jez Butterworth hasn’t written prolifically for theatre. In fact he has written seven stage plays in nearly twenty five years but four of those plays have played sell out runs in medium scale theatres on both sides of the Atlantic and three of them have been, arguably, the defining plays of their decade.”