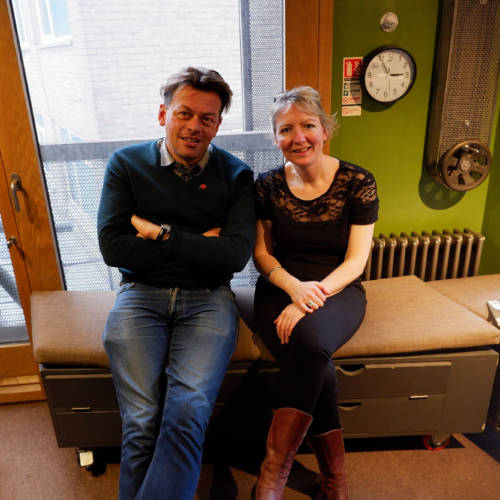 “The first time I saw Zinnie Harris’s Royal Court debut play Nightingale and Chase I was in prison.  Specifically I was in Wandsworth prison in South London where I was representing the Royal Court as the theatre staged a production of her study of the injustices that underpin domestic violence to a hushed and clearly effected prison population.

While it was an experience I cherish Nightingale and Chase a forensic miniature is, I would argue, unrepresentative of Harris body of work.

She has been a presence in the new writing scenes of her home country of Scotland and in London alike. In that time I can think of no writer who has drawn so fully and with such imagination from the classical cannon of dramatic literature. Harris’s plays are creatures steeped in their dramatic past.

Although so established in the artistic terrain of Scotland that the 2017 Edinburgh International Festival Theatre Programme was built around a trio of her productions, she was born in Oxford and went on to study zoology at the University there. This is quite definitely a subject we will be returning to.

Her first professional production By Many Wounds was at the Hampstead Theatre in 1999.

Her Further Than The Furthest Thing was produced at the Tron in 2000 before a successful transfer to the National Theatre. I saw Further Than The Furthest Thing before I saw Nightingale and Chase. I saw it in an actual theatre, the National’s Cottesloe, rather than a prison wing. A writer just starting out on my working life I was inspired by the extremity of imagination and the wealth of her language as she dramatised the catastrophe of the 1961 volcanic eruption on the island of Tristan da Cunha.

She wrote a remarkable trio of plays for the RSC in the middle of the noughts. Solstice, Fall and the astonishing Midwinter. Midwinter, like Further Than The Furthest Thing is one of the most celebrated and widely produced plays of this century.

She directed the play herself and in so doing found a way of staging her suggestion that the play starts with her heroine dragging the carcass of a dead horse across the stage.  Direction, in the last decade has become an important strand to her work. She won the Critics’ Circle Scotland Award for Best Direction for her production of Caryl Churchill’s A Number.

She has won a fistful of awards for her writing as well as her direction. She has written for radio and television. She is a professor at the University of St Andrews.

She has written adaptations of Ibsen, The Dolls House at the Donmar Warehouse in 2008 and of The Master Builder, which she retitled The Fall of the Master Builder at Sheffield in 2017. 2019 will see the premiere of her adaptation of Webster’s The Duchess of Malfi. Her most enthusiastically celebrated recent work This Restless House in 2016 was a widely acclaimed adaptation of the Oresteia.

Classical heritage sits in her own original work as freshly as in those adaptations.

I was stunned by her first play in the Theatre Downstairs here at the Court, 2016’s How To Hold Your Breath. An inversion of the Faust myth it starred Maxine Peake as a woman fleeing into a crumbling Europe from the dead hands of the devil. Her most recent new play Meet Me At Dawn was staged at the Traverse as part of the International Festival in that “summer of Harris”. It took its cue from the myth of Orpheus and Eurydice as a couple try to make sense of the incomprehensibility of grief. I read it in a café in Shoreditch where it made me sob, actually sob big heavy shoulder sobs and cry tears down my face. She turned me into a dickhead in a room full of hipsters and I could never have felt more grateful.”