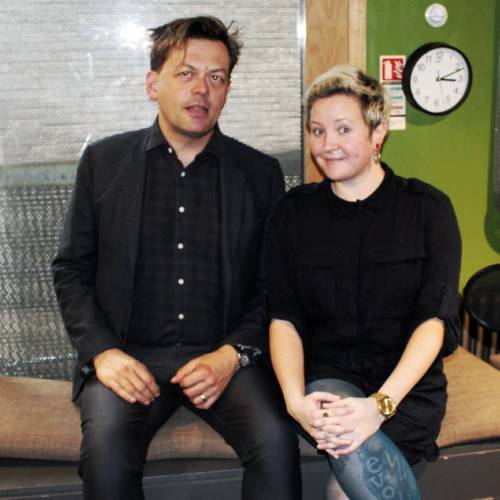 I sometimes think that our theatrical landscapes are defined as much by the shows we missed and deeply regret missing as they are by the shows that we’ve seen. Having not borne actual witness to the things they grow and develop in our imagination to become unthinkably brilliant.

Certainly, this is the case in my mind with the play that brought then recent Edinburgh University graduate Stef Smith to the attention of the world, her famously coruscating site specific dramatisation of the raw horrors of sex trafficking Roadkill. Audience members were taken on a bus through the edges of the various cities that the play was staged in to engage with the childlike protagonist who shared the bus with them, came to a stop at the site of her enslavement and experienced their culpability in the ongoing crime against humanity that their cities ignored. I never saw it. I very much wish I had. It lives with me.

It was the springboard for a working life that has over the last decade seen Smith become one of the UK’s most urgent theatre makers.

Her play for the National Theatre’s Connections series, 2015’s Remote, was staged throughout the country. The same year saw Swallow debut at the Traverse Edinburgh as part of the festival.

She made her Royal Court debut in 2016 with the chilling nightmare Human Animals, directed by Hamish Pirie, a surrealist exploration of an ecology in the throes of terrifying collapse.

She returned to dystopian futures with 2017’s Girl in the Machine. Staged at the Traverse, Edinburgh it charted the emotional nightmare of a species in the thrall of an untethered technology.

Her radical new version of Henrik Ibsen’s Dolls, House, Nora: A Doll’s House opened to rapturous reviews when it premiered at Glasgow’s Tramway Theatre produced by the Citizens Theatre. It will open in London at the Young Vic at the start of 2020.

In 2019 her most recent play for the Traverse, Enough became the fastest selling play in that theatre’s history.

As well as writing for film and television she has written for public art installations taking part in Edinburgh’s Love Letters to Europe in January 19 and written songs for the Song Project for Dutch singer Wende.

On her website she describes herself as “Scottish. Feminist. Restless.”

She presents the words in that order. All three characteristics clearly underpin her work. It is her concluding choice, her restlessness that sings through them most clearly. She is restless, it strikes me, not just in the face of her world’s deep grained political and economic injustices of the highest order but also in the capacity for conventional theatre forms to properly explore those injustices.

It is this restlessness that has driven and defined one of the most compelling theatrical biographies of the decade.