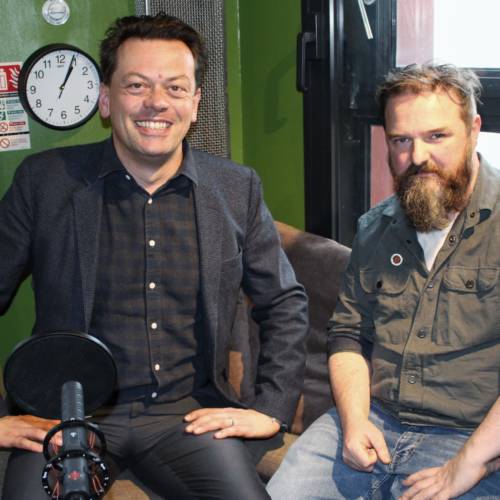 He was born and raised in Belfast at the start of the 80s. He trained, as a young man, as an actor in Glasgow at Royal Scottish Academy of Music and Drama. And it was in Glasgow, with the performance of a brilliant sounding one man show Tonight David Ireland will Lecture Dance and Box, preventing an anticipated return to Belfast, that his working life as a playwright began to take shape.

In 2010 What The Animals Say, a two hander that explored the relationship between two Northern Irish boys who, like their author, also moved to Scotland, they to engage in the contrasting worlds of frustrated acting and professional football was celebrated for the rattle of its dialogue and the heightened surrealism of its tone when it was staged at the City’s Oran Mor theatre,

Everything Between Us from the same year written for Belfast’s celebrated Tinderbox Theatre Company, explored the latent simmering psychoses underpinning the truth and reconciliation process in Northern Ireland. Summertime, an exploration of the psychosis of homophobia in contemporary Northern Ireland was also staged by Tinderbox.

He was made the Writer in Residence at the Lyric, Belfast.

His first play for the Lyric Can’t Forget About You from 2013 explored the fall out in a young man’s family when he falls in love with a woman twenty years his senior.

It was his 2016 play Cyprus Avenue directed by Royal Court Artistic Director Vicky Featherstone in a co-production between the Court and Dublin’s Abbey Theatre that propelled Ireland to international attention.

It crystallised those themes that Ireland had been returning to. It excavated the psychosis of religious extremism, not as an ideological flaw but as a genuine type of madness and how that psychosis skewers a Belfast family. Beautifully played by Stephen Rea it moved from the Jerwood Theatre Upstairs to the Jerwood Theatre Downstairs before being re-staged for a controversial run at the Public Theatre in New York. It won the Best Play at the Irish Times Theatre Awards 2017 and the James Tait Black Award.

Throughout this time, he has continued to act starring in DC Jackson’s Kill Johnny Glendening. As well as taking a part in episode one of the Derry Girls.

He updated Lorca’s Blood Wedding at the Dundee Rep.

2018’s Ulster American – winner of the Carol Tambor Best of Edinburgh Award – plays out the unsettling provocations of an Oscar Winning Hollywood actor taking a lead role in a West End play only to explode a series of moral hand grenades in the face of the plays English director and Irish writer.  It is one of those rare things, a compelling play about playwriting. Like peak David Mamet, a writer who Ireland sometimes remind me of, here he uses the ethics and processes of making theatre to consider the ethics and processes of making a culture.

The Royal Court’s relationship to Irish playwriting, from both sides of the border, is rich and fundamental to the theatre’s history. From Samuel Beckett to Conor McPherson and Marina Carr, the dramas produced on that landmass have captivated the imaginations of this institution. The question of whether or not people born in Ulster think of themselves or can be thought of as Irish at all runs like a thread throughout David Ireland’s work and is a question he has returned to mull on himself.

It seems a paradox befitting of the skewered identity politics and political discourses of our age that, with his sense of the psychosis of ideology and the madness of family, rattling dialogue and constant undertone of the deranged, Ireland might at one and the same time be the most striking example of Irish playwriting at this theatre in the last ten years and not in fact Irish at all.