A funny and frank insight into heterosexual female desire, read out loud by a man. The show begins with a male comedian being given a script they have never seen before. They read the script out loud, sight unseen, in front of an audience. This is a show about what one woman thinks about when she thinks about sex with men.

MANWATCHING has previously been performed at the Royal Court Theatre, London;  the Roundabout @ Summerhall as part of the Edinburgh Festival Fringe; The MAC Belfast; Fusebox Festival in Austin, Texas; Latitude Festival and Tarragon Theatre, Toronto.

The Manwatching tour is co-presented by house. 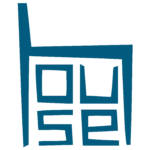 “This is a rare voice – despite the male body delivering it – that deserves to be heard.”

“Delves into the unsayable – and makes us seriously question why society feels that way.”