London worships many gods, but it often seems that Cupid isn’t one of them. Sabrina, a single girl-about-town, is seeking Mr Right in a world where traditional and liberal brothers sit side-by-side, but rarely see eye-to-eye.

Shades explores tolerance within and without the Muslim community. It was presented as part of the Young Writers’ Festival 2009.

The Young Writers Festival 2009 is supported by the John Lyons Charity with additional funding from the John Thaw Foundation.

"An exceptional performance by Stephanie Street as Sabrina is accompanied by perfectly good ones from Amit Shah as her putative husband."

"You don't go to the Royal Court expecting a romantic comedy, but under the admirable, open-minded directorship of Dominic Cooke, anything is possible these days."

"The Court’s upstairs theatre’s intimate space has been cleverly used, with the action playing out on a traverse stage that designer Lucy Osborne has transformed into a red catwalk." 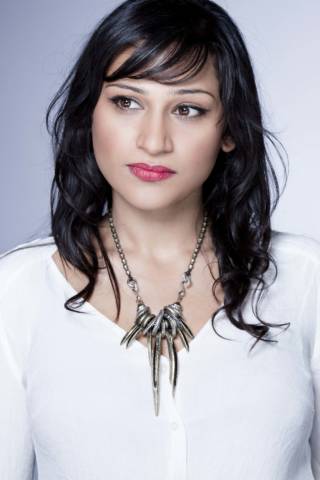