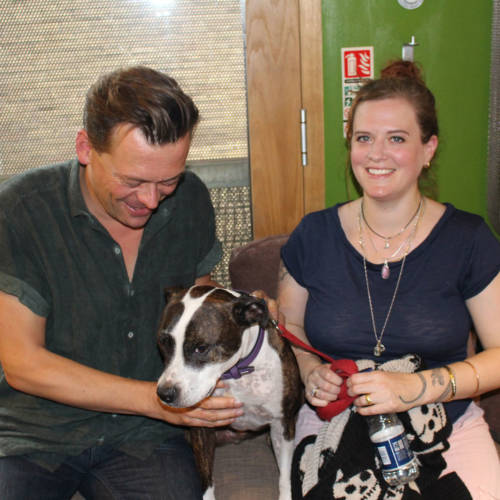 The experience of watching a play that seems in some way to speak directly or resonate in a way that feels disarmingly personal has lead many playwrights to write for the first time. So it was with Penelope Skinner whom, in 2004, was so startled and moved by Jack Thorne’s When You Cure Me at the Bush theatre that, having spent years writing, as she puts it “the first chapters of novels and bad poems and a diary” she started writing her first play. The play she wrote Fucked was a striking success. Its production at the Old Red Lion in 2008 not only lead to a successful revival at the next year’s Edinburgh Fringe but brought her to the attention of London’s new writing theatres. She joined the Royal Court Young Writers Programme, saw early plays Don’t Look Back produced at the Young Vic and Eigengrau produced at the Bush and co-wrote the National Theatre’s exploration of the dangers of climate change, Greenland.

I first came across her writing when her beautiful noir play The Sound of Heavy Rain was produced by Paines Plough on their first Roundabout Season. It was an underrated piece. A play of as much humanity and fearlessness as it had literary wit. But it was her first play for the Royal Court The Village Bike that won her the George Devine Award and the Evening Standard Award for Most Promising Playwright and really brought her to international attention. In the years since that play she has written with success for film, co-writing How I Live Now, and TV as a writer on Fresh Meat. She has also seen her theatre produced with real success on both sides of the Atlantic. Her relationship with Manhattan Theatre Club echoes her increasingly important relationship with the Royal Court. Here, her play Linda was a forceful and eloquent examination of that startling injustice of a structural patriarchy, the ageing process. A writer of remarkable formal confidence and striking anger, what I loved abut Linda, my favourite of her plays to date, was its capacity to dramatise that injustice with a confidence and panache that released its rage rather than diluting it.

At what has felt like a thrilling time for new women writers she has been described by the Independent as Britain’s “leading young feminist writer”.  For my money she is a writer of searing formal elegance, clear compassion and piercing, honest humour and it is a pleasure to have her here.