Leo Butler has been writing for the stage since his Royal Court debut Made of Stone in 2000. His other plays include Redundant; Lucky Dog; All You Need is LSD; I’ll be the Devil; and Boy.  He was also the Royal Court’s Writers Tutor between 2006 and 2014.

I’ve been working with a wonderful group of writers since September last year.  We are the ‘long form’ group , bringing together some of the most exciting new writers in the country.  Most of the group have already been produced, but they are still at the start of their careers.  Our aim is to support these writers in writing a brand new play from conception to first draft via a myriad of rough drafts, false-starts, epiphanies and crises.  One of the joys, for me, is seeing how the group bond and create their own support network over the weeks and months.  Writing is a lonely business sometimes and you often only have yourself to guide you through the various psychological and practical pitfalls.  It’s a gift to have a group of writers who can give you advice, notes or a pat on the back when you most need it. 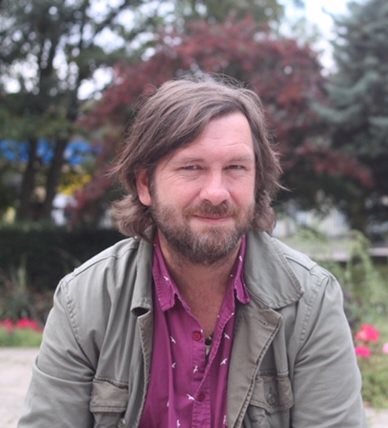 I always try to encourage openness in the sessions, ‘the right to fail’, or ‘the right to be crap’.  I ask the writers to read and share their work even when it’s at its most rough or unformed – sometimes you may not know what it is you’re writing yet, sometimes you might be writing several plays at once.  I make it a rule that no scene or script goes beyond the room and that we are all allowed to be rubbish, to accept the fact that it sometimes takes pages of shit dialogue before you put down anything good.  As group leader – I’m no teacher -, I always make sure I bring in something half-finished of my own to share as well.  And, in truth, nothing the writers ever bring is shit anyway – it may not be finished, but it’s never bad.

I like the sessions to be practical.  Reading a new script aloud, hot-seating, making a model-box of the play you’re writing, improvising scenes that haven’t been written yet  – (writers are better actors than you might think) – and sometimes actual writing in the sessions (as sometimes it’s the only time in the week the writers have).

I love the writers in the group.  They’re so smart and talented and they all have something unique and brilliant and provocative to put on stage.  They think deeply about the theatre as a form, as an art, an instrument for change, and as an institution.  They’re inspiring to me, and I know they’re going to blow our minds and shape the future of new writing.

It’s been very sad to not be able to meet up with them in person all since the lock-down.   But we’ve been meeting every week on Zoom.  Once we get over the technical glitches and the excitement of seeing everyone’s living rooms, we have managed to have discussions about the current crisis, and to begin sharing work and helping each other move forward again.

I was asked to share something here that I might give to the group. So here’s some notes on writing a scene.

It doesn’t matter how much you want to change the world or how big and bold your concept is – if you can’t crack writing a scene of dialogue with characters and relationships then you’re going to struggle. I’m not saying that every play has to be about characters/relationships and there aren’t a million different forms and styles of theatre, but you can’t be a Kung Fu master until you’ve learnt how to stand up straight either.

Start with a two-hander to begin with.

If two characters know each other (even just a little bit) then you have a history to draw on. They already have expectations, false expectations, desires, fears, etc about each other. (When you write for strangers, everything becomes a surprise and it can get very boring very quickly.

I know its boring/conventional blah blah, but characters in scene generally are trying to get or to do something to each other. You’ll have a much better time writing if you let at least one of your characters enter the scene with a motivation.

To find a motivation quickly for your first scene make it a special occasion – a job interview, birthday, a first or second date, a reunion, a honeymoon, a break-up, buying a pair of new shoes, a meeting of terrorists, a meeting between parent and teacher, a fight or a shag between friends. ANYTHING YOU WANT, just give the scene a reason to be alive. It doesn’t have to be King Lear or anything, it can be about something small and seemingly insignificant.

Make the thing that’s wrong relate in some way to the meeting of the two characters. It doesn’t have to directly relate, but it might.

Decide where you want to set the scene. Private locations give you more freedom in my experience (someone’s personal territory), but public locations can be fun (workplaces, bars, etc.). It depends on what you IMAGINE, and the kind of pace or energy you want.

Just write, and let it be rough. Every good scene you’ve seen or read will have gone through countless rewrites and rehearsals.

Listen back to Leo on Series 2 of the Playwright’s Podcast.